The above title describes my 2018 and my 2019. In 2018, I had to go to three funerals, my mother in law, my mother and my wife’s aunt whom she was very close to. On the surface, this past year doesn’t seem like it has been a happy one. With the bereavements, I would tend to agree. Besides, I wouldn’t wish for any couple to have their mothers pass away just two months apart. That’s what happened to my wife and me in the very beginning of the year. It is also why I am not sad to see 2018 move on and I hope there won’t be any funerals for the coming year.

In this case, I would like to wish all of you a Happy New Year! And I’m look forward to posting and reading your posts in the coming year.

The dog’s just left a little present underneath the Christmas tree.

It’s not the gift but the thought that counts

Of another white trash Christmas, I think that Santa missed us

It’s another, real mother of a white trash Christmas this year.

Hope you all had a very Merry Christmas!

Mom’s in the kitchen basting the spam, Dad’s in the sitting room swilling down his beer

Me and Grandpa don’t give a dang

Because we really hate this time of year.

It’s another white trash Christmas, I think Santa missed us

It’s another, real mother of a white trash Christmas this year. 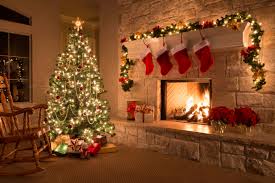 Flying through the snow, can you hear him ho ho ho?

He’s so full of cheer, only has to work one day a year.

Sung to the tune of Iron Man by Black Sabbath

Sung to the tune of “There Goes Santa Claus.”

Everywhere you look you can’t escape them, there are Santas everywhere.

His beard is grey, that’s a nice toupee but his eyebrows oughta be white.

Have you ever noticed that you sometimes get the same boring gifts every Christmas? The song, “Didn’t I Get This Last Year” sung to the tune of the carol, “Do You Know What I Know” highlights this fact.

Said her nephew Tim to his Aunt Louise

That I can’t up past my knees.

Could you return them please Aunt Louise?

Other gifts in the song include:

A coupon for some fries.

Imagine if you were sued by Santa, the nicest man on the planet. This song takes a look at it.

Christmas Day will not be merry

Explaining to the children will be hard

It’s Christmas Eve tonight and our beagle picked a fight

With some reindeer grazing in the yard.

I sent the dog outside to do it’s business

I forgot to hook his leash up to the peg.

First he and Cupid came to blows

And bit Rudolph on the nose

And when I got there he was eyeing Prancer’s leg.

And my kids won’t even look me in the face.

I’ve decided that up until Christmas, I will get everyone and me in the spirit by posting lyrics from Christmas songs on here. Be warned, these will not be traditional carols but satirical and otherwise amusing Christmas songs. Many will be parodies of traditional Christmas carols. So let’s start with “Leroy the Redneck Reindeer.”

Rudolph was under the weather, he had to call in sick

So he got on the horn to his cousin Leroy

Who lived out in the sticks.

He said, Santa’s really counting on me

And I don’t want to pass the buck.

Leroy said I’m on my way and he got in his pickup truck.

When Leroy got to the North Pole, the reindeer sniggered and laughed

And he’s gonna be leading you.

And it was Leroy the redneck reindeer

Hooked to the front of the sleight

Delivering toys to all the good old boys

And girls along the way.

A down home party animal he was having the time of his life.

He mixed jingle bells with a rebel yell

He made history that night. 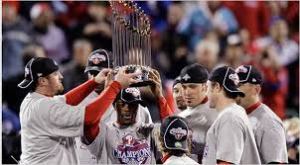 Two months ago, I wrote a post titled: “Maybe I Should Just Quit.” The post was in regards to some problems I encountered when organizing my latest softball tournament, I organize two a year, and as a result, I was thinking of the possibility of stepping down from organizing the tournaments. In the end, I said I wasn’t going to step down for many reasons and decided to keep on organizing.

Since I wrote that post, a new development has entered into the equation. Shortly after, I was approached by someone who was representing the school where the tournaments are held expressing that the school was interested in taking over organizing the tournaments. They see it as a good way of raising funds for the school’s budding softball programme. I definitely see their point here. After two months of giving the issue serious thought, I have decided to step down and allow the school to take over organizing the softball tournaments.

While I feel relieved that the burden has been lifted from my shoulders, there is lots of anxiety running through my brain as well. Part of me still thinks I’m just using the offer from the school as an excuse to give up organizing the tournaments. At least, I worry that others will see it that way. Furthermore, since I’ve made the announcement to the British softball world, I have had several “likes” from people on Facebook on my declaration. My worry was that these people are clicking “like” because they are glad that I’m no longer organizing the tournaments and this was their way of diplomatically saying “Good riddance” to me. This worry comes about because I know that I have made mistakes during the sixteen years I’ve organized the tournament. On the other hand, I have had many positive comments thanking me for my efforts over the years. However, this does not fully stop me from worrying about the negative.

It is true that people tend to focus more on the negative than the positive in most given situations. This goes even more for people with Asperger’s Syndrome and related conditions. Even though there have been a lot of positive vibes sent my way, I can’t help thinking about the negative. Simply telling an Aspie to focus on the positive doesn’t solve the problem, especially with my past where I have been made to feel inferior to everyone all throughout my early life. These things do stick in the mind and even all these years later, it’s very difficult to shake off. Another worry, I’m not writing this to fish for compliments but am now worried people might think that.

This is not only mine but but typical of the mental minefields that people who have Asperger’s Syndrome have to walk through. The worry that something they have done might not be right in someone else’s eyes in spite of all their efforts plays heavily on an Aspie’s mind. It sure does mine. Hopefully, this worry will go away when I log back onto Facebook and see more positive comments.

I made this trip to Vegas with a friend of mine

Some people heard we were German

And they called us Nazi swines.

Do you think it’s fair to blame me

For the things I haven’t done?

So ctell me, how long will this be going on?

I want to know if you don’t know

That you’re hurting me and my country.

Yesterday’s gone and we belong,

To a new German nation who has found its home.

I say hey, I want to be proud of my country

Proud of its people, proud to be free

I say hey, I want to be proud of my country

Proud I was born here

Proud to live in Germany.

I agree it is time to stop using history as a stick to beat people or groups with.