Come on people now, smile on your brother

Everybody get together, try to love one another

Marilyn Manson- He didn’t inspire Mark in He Was Weird

We’ve all had these days when we want to do wonders and miracles but when it comes right down to it, we just can’t be bothered. That is exactly how I have been today. When I got home from work this afternoon, I was determined to make another post about my disillusionment with the left. However, after a 24 hour shift and then taking advantage of a break in the British weather where I got a lot of gardening work done. Now, I just don’t feel like writing such an ambitious post.

The other side of my Asperger’s mind is making another suggestion. The post in question was going to be based on racism and how the left is quick to brand anyone who doesn’t agree with them a racist. This subject has always been an anxiety producing hot potato in my mind because some of my own personal experiences in this area have come into conflict with some of my left wing beliefs in that same area. The extreme contradictions in the two camps, in fact, has triggered a war inside my head. FFI, you can read this post: https://peacefulrampage.wordpress.com/2014/06/16/interracial-bullying-my-own-experiences/

Therefore, I’m just going to leave with these thoughts. I believe that any race can be a perpetrator or a victim of racist acts. Unfortunately, just saying that will be enough for some on the left to say I’m racist. Saying that, I will say this to white people who, like me, at one time, drone on about reverse racism. This thought comes from a white South African who said that the best way to get rid of reverse racism is to eradicate the racism which brought it about in the first place. He makes a good point.

If you think you’re life’s a complete confusion

Because your neighbour’s got it made.

And deep inside we’re all the same.

Fortunately, sexist attitudes towards women or men taking certain jobs has softened quite a bit. They haven’t been fully abolished but great strides have been made in my own lifetime towards it. Take for example my wife who, before her health deteriorated, was a bricklayer. Very recently, I have discovered that my prospective future daughter in law’s mother teaches carpentry. That was something one never would have expected when I was younger. As for me, I worked as a care assistant in a nursing home for three years, (not together). That used to be considered a woman’s job and forty years ago, just because I had that job, my sexuality would have been called into question. Thankfully, that’s not the case these days.

“Where am I going with this?” you might ask. Well, yes it’s another ambush, I’m applying it to my disillusion with the left. A couple of months ago, I wrote a post showing a women’s ‘midget’ wrestling match. I pointed out the reason why we don’t have wrestling matches like this any longer is because well meaning liberals cried out that it was exploitation. True, it might have been the case. However, what I didn’t say in that post was that taking away the livelihoods of those wrestlers wasn’t the answer. What I did say was that instead of making these ladies out to be side show freaks, which they weren’t, we need to change our attitudes and see them as serious competitors. While stopping midget wrestling might have satisfied a few self important do-gooders, it put people out of work and that links to my post two weeks ago. The left put people out of work on the basis of a principle.

Here’s the gender issue. Feminists up and down the land have been calling for the banning of attractive women who either carry the round number at boxing matches, escort male players into the venue at darts competitions or hold up placards at car races. While, I see their point that it is focusing on women’s appearance instead of their intellect, banning them and subsequently putting these women on the unemployment line was not the answer. Some will argue that these ladies are free to get ‘real’ jobs where they can use skills other than their looks. Okay, they may have a small point but are those on the left who have just put these ladies out of a job going to help them find another job? I don’t think so. Besides, I know of women who see no problem of using their looks to earn a living. It should be left up to the individual.

My proposal to this is simply to have attractive males in those jobs at women’s version of those sports. During a women’s boxing match have a male in speedos carry the round number and males to escort female darts players into a competition. Furthermore and this is going off track a little, with all the fuss of female beach volley ball players playing in bikinis at the Olympics, make the men play on speedos. Two results will come of this. One, we’ll have men using their looks to make a living and more gender equality or the plug will be pulled on it totally. I hope not the latter because I wouldn’t want to take a job away from anyone.

He was the wizard of a thousand kings,

I met him one night while I was wandering.

He told me tales and he drank my wine.

Me and the wizard man were feeling fine. 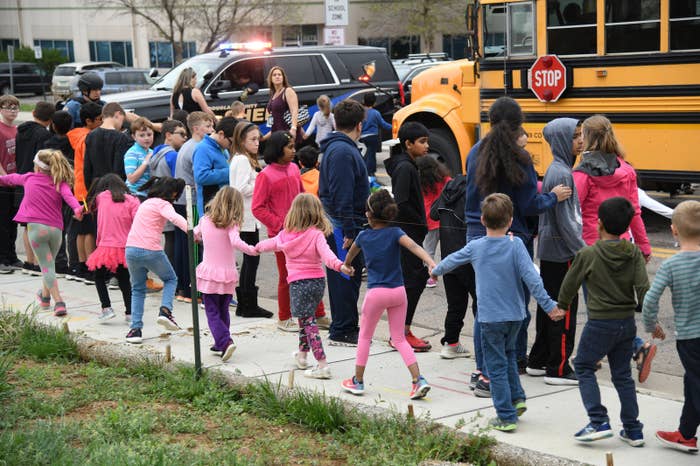 A couple of weeks ago, I posted about 2019 being the twentieth anniversary of the terrible shooting at Columbine High School in Littleton, Colorado and how little has changed since then. Last week, as people were still absorbing the fact that it has been two decades on from the Columbine massacre, another school shooting happens in Colorado, not very far away from Columbine. What this does is to and it’s very unfortunate that it has, augment my argument on how little has changed.

With frightening similarity, two students went into Stem School, a Kindergarten to Year 12 school in Douglas County, a suburb of Denver, and opened fire on their fellow students. When it was over, one student had died, trying to stop the bloodshed and eight others were injured. The end result was yet another tragedy involving guns.

It is tempting and man I wanted to, to use this tragedy to make my point about stricter enforcement of gun laws and raising the age of gun ownership to 21 but having read a further article about the shooting, the students at Stem School don’t want what happened at their school to be used for any political purposes. Therefore, I will respect their wishes and not make any more comments about the gun debate.

What seems to be different about this particular shooting was that instead of being bullied, the one shooter was said to have been a bully himself. Reports were that he constantly bullied younger children and made jokes about shooting up the school. Other reports coming out say that there was a high drug culture at the school as well as bullying and sexual harassment. However, in spite of all of this, it doesn’t justify shooting up the school and the school should be allowed to mourn the victims. There will be plenty of time after to ask, “Why?”

In reference to my book, “He Was Weird,” it is true that my main character shoots up his school but I don’t in any way say he was right in doing so. In any case, we have yet another shooting with no agreeable solution to the problem.

No his mind is not for rent,

To any God or government.

Aha, I fooled you! When I titled my last post “My Disillusionment With the Left- War,” I saw that no one outside of my followers read that post. War isn’t a nice subject to talk about but my anxieties are such that maybe the title inferring why I have become disillusioned with the political left has me thinking that people don’t want to read about that. Probably so, but under the guise of another title, I am going to ramble on more about my misgivings with the left, this time in regards to employment.

First, let’s take the right, not the far right who want to employ some socialist policies to finance their militaristic hate agenda. I’m talking about conservative types who are in favour of full big business style capitalism. These people are the first to shout how they are creating jobs for people and yada on about trickle down economics. However, when profit margins drop these people are the first to put their workers on the unemployment line. Workers are sacrificed and sometimes even blamed for when profits are down and to me, that sucks. I could rant on more about it but I won’t.

Let me begin my problem with the left with a personal experience. Twenty years ago, I worked as a market research interviewer. In that job, I would knock doors or stop people in the streets and ask questions on topics ranging from beer to cars to bath products and so on. I don’t debate those who say that I’m helping the capitalist machine with this job. That’s the thing, it was a job. When doing that job, I would sometimes encounter those on the left who didn’t believe in market research because it helped to grease the wheels of capitalism. One gentleman in particular ranted about it so much that in my annoyance, I stated that it helped me keep a roof over my family’s head. His response was, “There are other jobs.”

Nice guy probably but his theory is unworkable.

Yes, there are other jobs and I bet Margaret Thatcher said the exact same thing when she closed all the coal mines putting thousands of miners on the dole. Here’s my problem: while conservative types will put people out of work in order to line their own pockets through increased profits, the left want to put people on the dole to satisfy some starry eyed ideal. For me, that’s even worse.

Let’s take market research for example. Say we do achieve an economy based on production for need as opposed to profit. An idea I’m quite down with by the way. How are we supposed to find out what people’s needs are in order to economically meet them? The Soviet idea of central planning did not work. The best way is to find out what people’s needs are through research. Note: I don’t think a need based economy would want to call it market research. Therefore, you would need people to carry out the research in order to find out what the needs are and then production can meet those needs. I know that it isn’t as simple as I am making it sound but I think it is a step In the right direction.

That’s me done for another week with another rant about the left. BTW, I still consider my politics to be left of centre but my Aspergers mind wants me to point out the flaws in some of those left wing philosophies. This way I won’t end up like the Paul Whitehouse character who agrees with every point until he hits overload.

The confused guy from The Fast Show

“He Was Weird” is available to buy on Amazon

We’re going where no one can find us

And if there’s a heaven, we’ll find it somehow.

Where do the children go?

Between the bright nights and darkest days.

Where do the children go?

And who’s that deadly piper who leads them away.